Restaurant Health Code Violations: How to stop them before they happen

Health Code Violations & Food safety can be nothing short of a business killer.

Just ask Chipotle, which suffered lasting damage to its reputation after its 2015 E. coli incident followed by another spate of foodborne illnesses linked to some of its restaurants in 2018. The company survived, but a single restaurant is unlikely to be so fortunate if it becomes the source of illnesses or even fatalities, like the four deaths from improperly cooked meat at Jack in the Box in 1993—a food safety debacle that hurt that brand for years.

Health codes exist to prevent these problems. Almost 130,000 food-borne illnesses occur in the U.S. each year according to the Centers for Disease Control, with about 3,000 of those resulting in death. Many are not restaurant-related, of course, but medical experts say that the chances of contracting food poisoning in a restaurant are double what they are at home. Clearly, poor food sanitation can easily have very serious consequences. For that reason, you should not view your local health department as an adversary, but rather as a partner helping you keep your diners safe.

Health codes and health code enforcement are mostly local matters. The U.S. Food & Drug Administration concerns itself mostly with food processing, packaging, and distribution, although it does produce the Food Code, which is intended as a “scientifically sound technical and legal basis for regulating the retail and food service segment of the industry.” Regulation of restaurants is handled at the state, county, or municipal level, and sometimes the patchwork of jurisdictions can be dizzying.

For example, in California, Los Angeles County has a health department, but there are 88 separate municipalities within L.A. County, and three of them (Pasadena, Vernon, and Long Beach) have their own health departments whose jurisdiction supersedes LACHD. In many cases, a local department will enforce state-level regulations but with its own additions, so don’t assume that you can just brush up on the state rules and leave it at that.

Here we’ll look at how to prepare your restaurant to pass any health inspection — even a surprise inspection — and maintain an environment that produces safe food for your patrons day after day.

The hazard analysis and critical control points (HACCP) plan analyzes every step in the food preparation process in your restaurant, determines what and where the risks are, and designs and implements control measures to mitigate those risks. There are seven components to the HACCP plan.

Hazard analysis – The initial hazard analysis looks at each of your menu items and the steps involved in preparing it to identify potential hazards that could lead to health code violations. There are four major groups:

For example, foods in the third group that are cooked, cooled, stored, and reheated have the greatest potential to be held too long in the temperature danger zone (TDZ) (between 40° and 140° Fahrenheit) that is optimal for bacterial growth. Foods cooked for immediate consumption, in contrast, have the highest risk of cross contamination (chicken juice contaminating beef or vegetables, for example).

Critical control points (CCP) – Once you have identified hazards, the next step is to determine where those hazards are best controlled. This may occur at one or more points, including receiving and storing products, handling and preparing food, holding and transporting prepared products, or cooking and reheating.

To use one of the previous examples, it is necessary to track how long soup stays in the TDZ when it is cooled after cooking for storage and then retrieved for reheating to ensure that it does not exceed the four-hour limit. For raw proteins, in particular, cooking is a CCP since food must be heated to a certain temperature (e.g., 165° for poultry) to ensure the destruction of harmful bacteria.

Critical limits – These are simply the numeric values for CCPs. The four-hour TDZ limit and the 165° minimum cooking temperature for chicken are both examples of critical limits.

Monitoring procedures – Having critical limits is useless if no one measures whether those limits have been met or exceeded. If the critical limit for cooking chicken is to reach an internal temperature of 165° for at least 15 seconds, cooks need to be provided with temperature probes so that every piece of chicken coming off the grill can be verified to have reached that temperature. Temperature logs for coolers and freezers similarly verify that maximum temperatures are not exceeded.

Corrective actions – When monitoring reveals that limits are not being properly followed, the processes must provide for corrective actions to avoid health code violations. If temperature logs show that a reach-in cooler is routinely exceeding the maximum allowable temperature, management must determine the cause and correct it. In the case of the reach-in cooler, there might be a mechanical issue with the equipment requiring diagnosis and repair, or investigation might find that staff are not completely closing the door when opening the reach-in.

Verification of procedures – The HAACP must be periodically reevaluated to ensure that it is accurate and effective. If a health inspection reveals violations, for example, you will need to determine how the HAACP failed to identify or prevent the issue in question. It is also important to perform a new hazard analysis when new menu items are added or significant equipment or procedure changes are made.

Documentation – Without adequate record keeping, the HAACP cannot be effective. There is no way to ensure that critical temperature limits are being properly monitored in the absence of temperature logs, for example. The HAACP should specify what records need to be retained, including equipment service invoices and supplier spec sheets for products along with specific health department requirements (temperature logs being the most common).

A good HAACP faithfully followed will prevent most health code violations, and certainly the major ones. However, it is helpful to understand the most common violations found by health inspections.

Unsafe temperatures – Allowing food to stay within the TDZ mentioned earlier for too long provides the opportunity for dangerous bacteria to propagate and significantly raised the risk of foodborne illness. Remember, as far as the inspector is concerned, if no one can prove how long a batch of food has been in the TDZ, it’s been too long.

Improper storage – Storage problems can take many forms, from product not elevated high enough off the floor or insufficient clearance between storage racks and walls, but the most common (and frankly most dangerous) is the order in which product is stored from top to bottom. Placing items with elevated risk of contamination high on racks creates the risk that they can contaminate other food — chicken juice dripping down on raw vegetables, for example. From top to bottom, this is the order in which you should store food on racks:

Another common violation related to storage is improper marking of product to show when packages were opened.

Personal hygiene – At the top of the personal hygiene list is handwashing. Ensure that you have handwashing stations with antibacterial soap readily available and working (and “working” in this case includes having hot water). Gloves are all well and good, but gloved hands get dirty just like ungloved hands, so it’s important for staff to remember that when moving from one activity to another that introduces the opportunity for cross-contamination (such as going from prepping chicken to prepping vegetables), gloves have to be changed.

Just as importantly, your hands have to be washed before putting on a new pair of gloves. Given the false sense of security that some employees feel when wearing gloves, you may find it preferable to do without them. For that matter, some health departments frown on or outright prohibit gloves for these same reasons.

You should also ensure that hairnets are provided if hats are not worn, and beard nets as well if your dress code permits facial hair. Ideally, uniforms should be provided by the restaurant through a laundry service and sanitized, and should remain on site — there is potential for all sorts of contamination when uniforms go home with kitchen staff.

Kitchen sanitation – Prep and cooking surfaces and floors must be continually cleaned throughout operating hours to remove debris. It’s important to distinguish “clean” from “sanitized,” because cleaning debris from a surface doesn’t kill bacteria unless proper chemicals are used, so sanitizer buckets have to be available and properly maintained. When conducting end-of-day cleaning, make sure your team knows that floors have to be cleaned under equipment as well, not just the parts that they can see without bending down. Otherwise, they leave a breeding ground for bacteria and a bonanza for rodents and other pests.

Cross-contamination – Other than temperature, cross-contamination represents the greatest risk of foodborne illness in most kitchens. Cutting boards and other equipment should be color-coded, and staff should change gloves when transitioning between activities as described earlier. Prep surfaces must also be sanitized during these transitions. When practical, ordering prep activities from low risk to high risk (that is, starting with fruit and vegetables and ending with poultry) is the best practice, at least for work done at a single prep station to avoid dings on health code violations.

As you read through the HAACP plan discussion, it may have occurred to you that such a plan would be very difficult to create, manage, and enforce without proper training. Well, many health departments would agree with you. As of this writing, most states and counties have food safety training or certification requirements for managers at a minimum and all kitchen staff in some cases. Even if your jurisdiction doesn’t currently require certification, having at least supervisory personnel or trainers who are certified would be a major step toward ensuring good food safety practices in your restaurant.

Food safety and good sanitation practices are about more than avoiding a bad grade on a health inspection (that in many areas is made public, or even has to be posted in the restaurant): They’re about doing the right thing for your diners and protecting their health by ensuring safe, quality food coming out of your kitchen. At the same time, running a clean kitchen will ensure that your business maintains a great reputation with your customers and potential customers.

Just ask Chipotle and Jack in the Box what the alternative is like.

Latex allergies are more common than you might think. According to gomedicalonline.com, it is estimated that 6% of the United States population has a latex allergy. Although that might not seem that large, the numbers Read more… 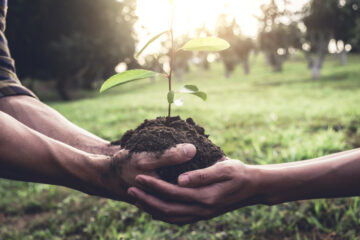 How to get a FREE Food Handlers Card through eFoodHandlers Scholarships

Free food handlers training is not easy to find nor is it typically available through Food Safety training companies. Our founder and CEO recognized the deficit over 10 years ago and wanted to make a Read more… 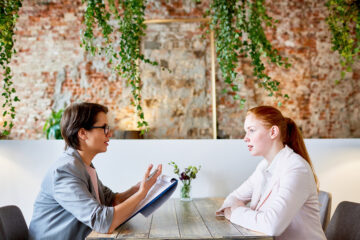 The way of the world has changed, and expectations for entry-level roles in the restaurant industry are higher than ever before.  Employers want to see that you are committed and serious about the role that Read more…